This exhibition is representative of the author’s last seven years of research and artistic, philosophical, and spiritual development. His work dives into the wide-ranging concerns of his most personal proposal, initially dark and blurred, only illuminated by faint flashes of intuition, which has been clarified and consolidated through a work that reflects his honesty and hard work, making it a very personal contemporary painting proposal with a traditional technical and thematic approach. It attempts to delve into the original mysteries of conscience and freedom hidden in the good Lord’s unfathomable silence. 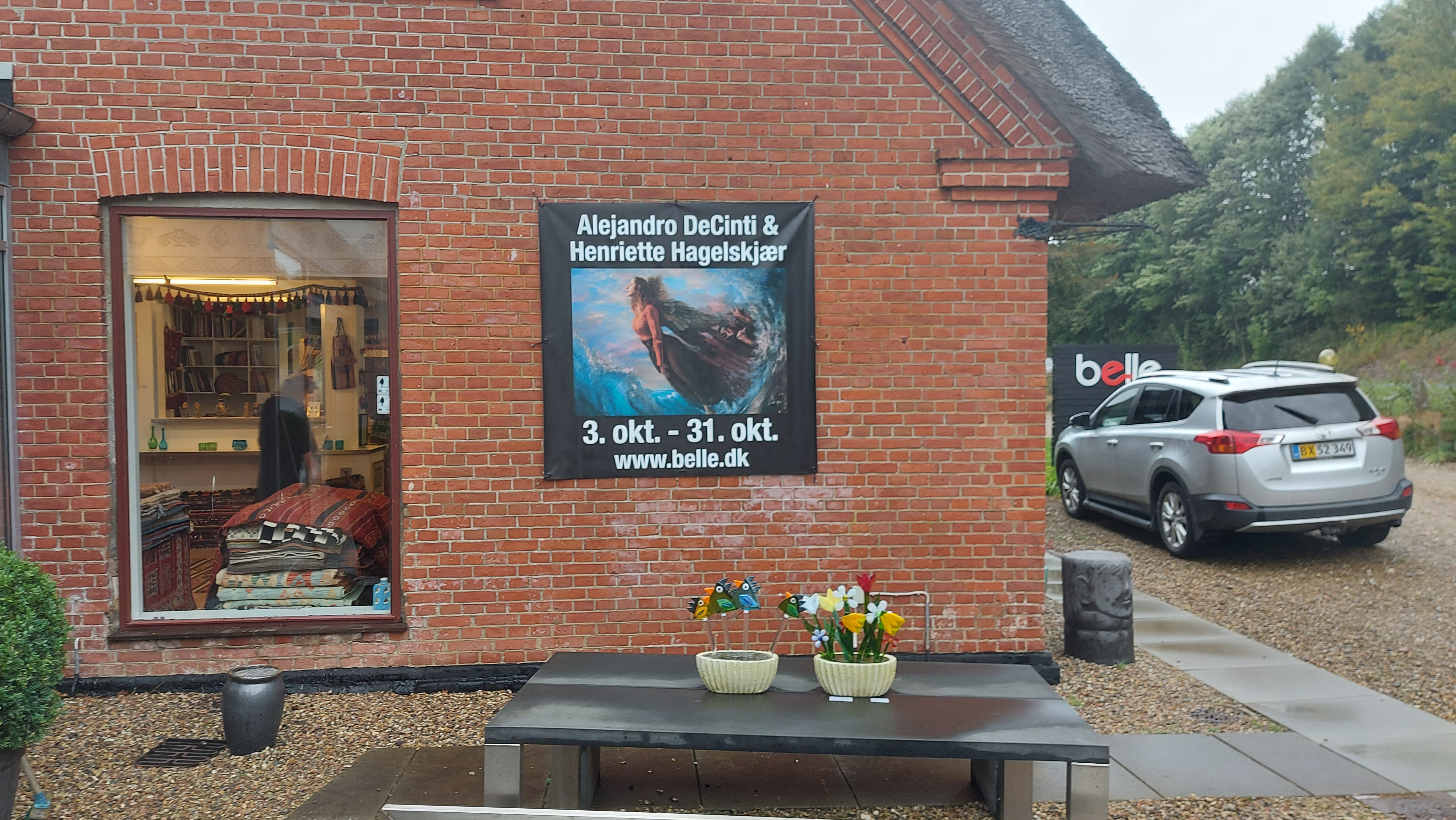 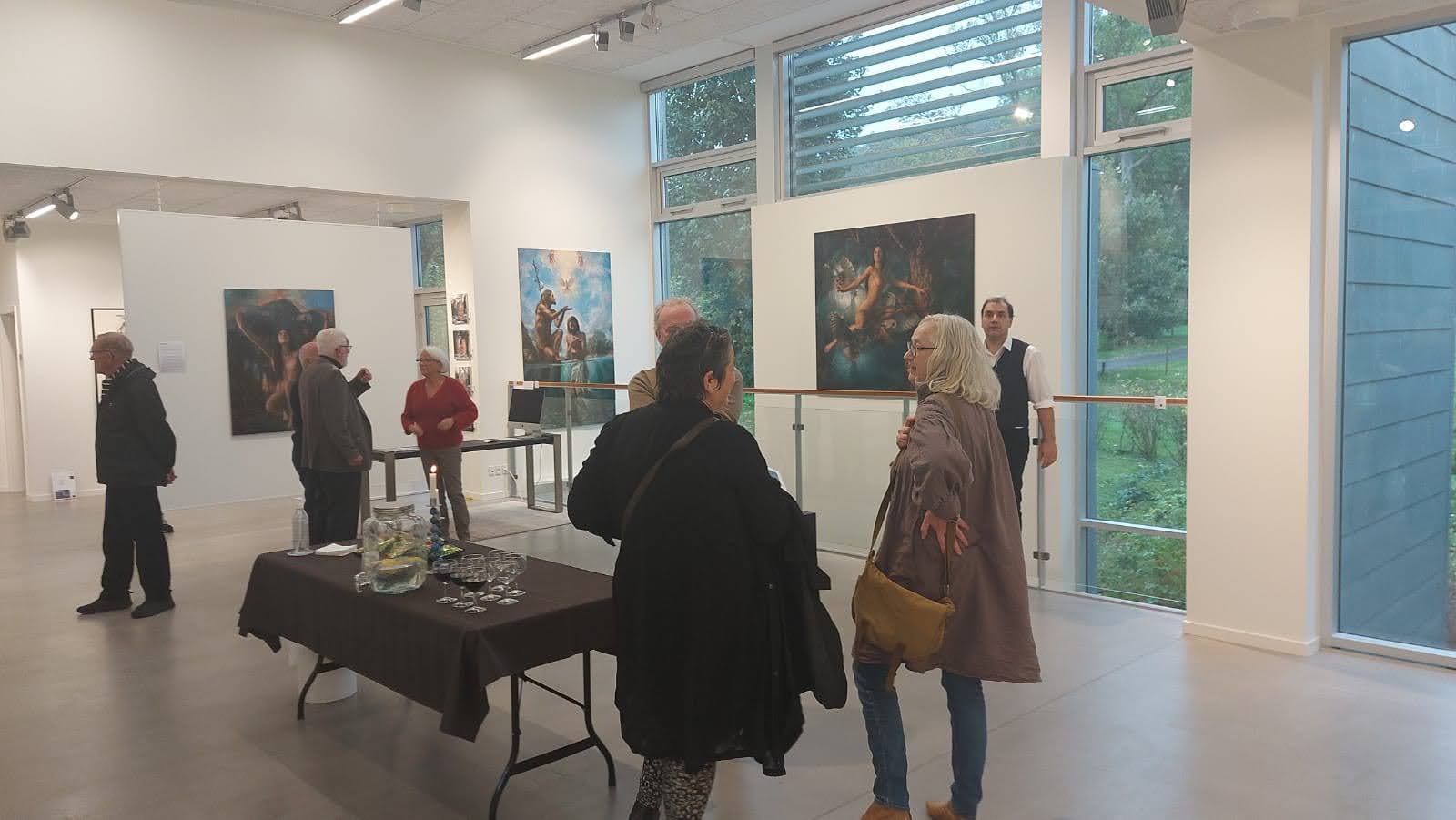 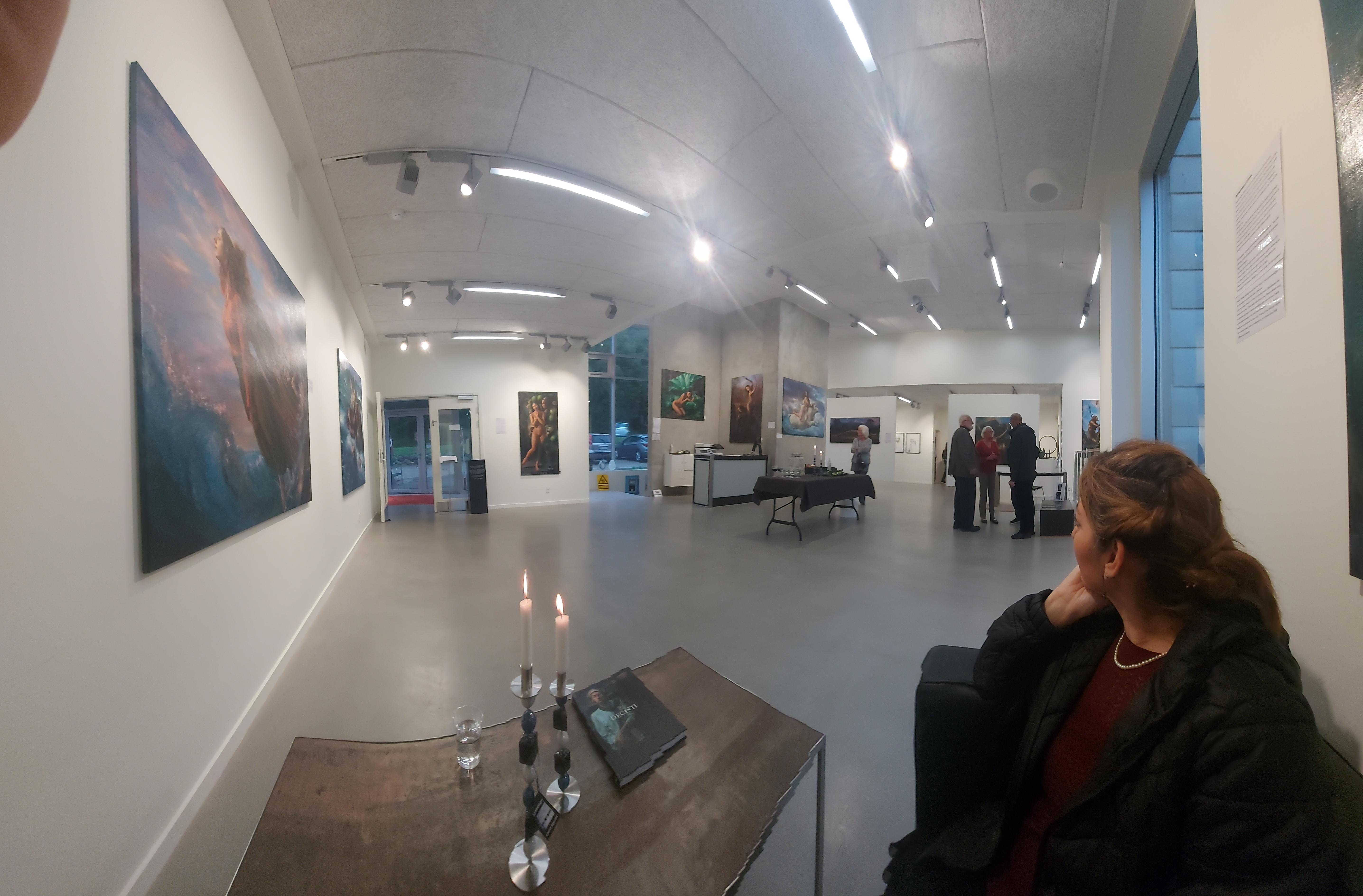 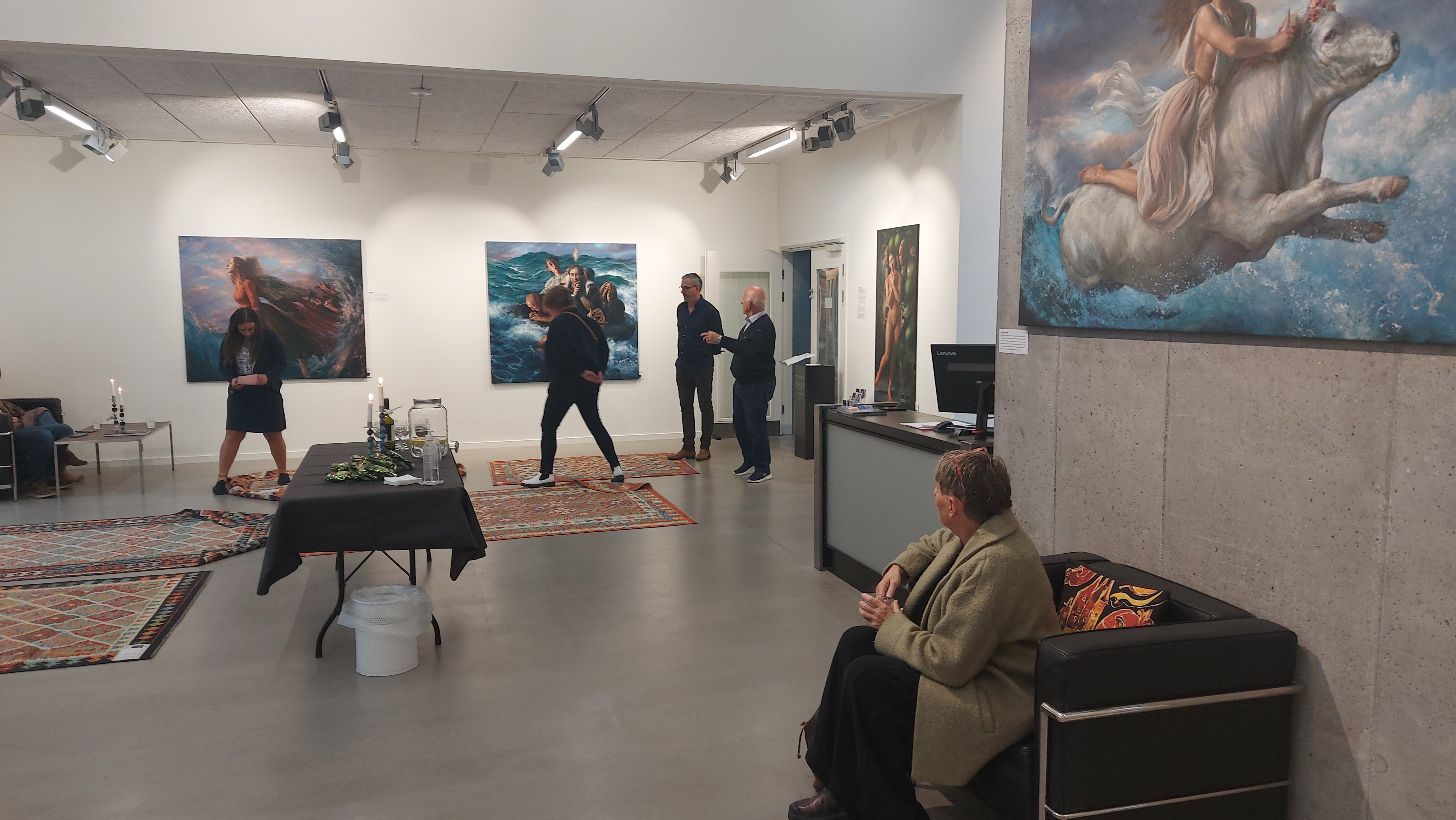 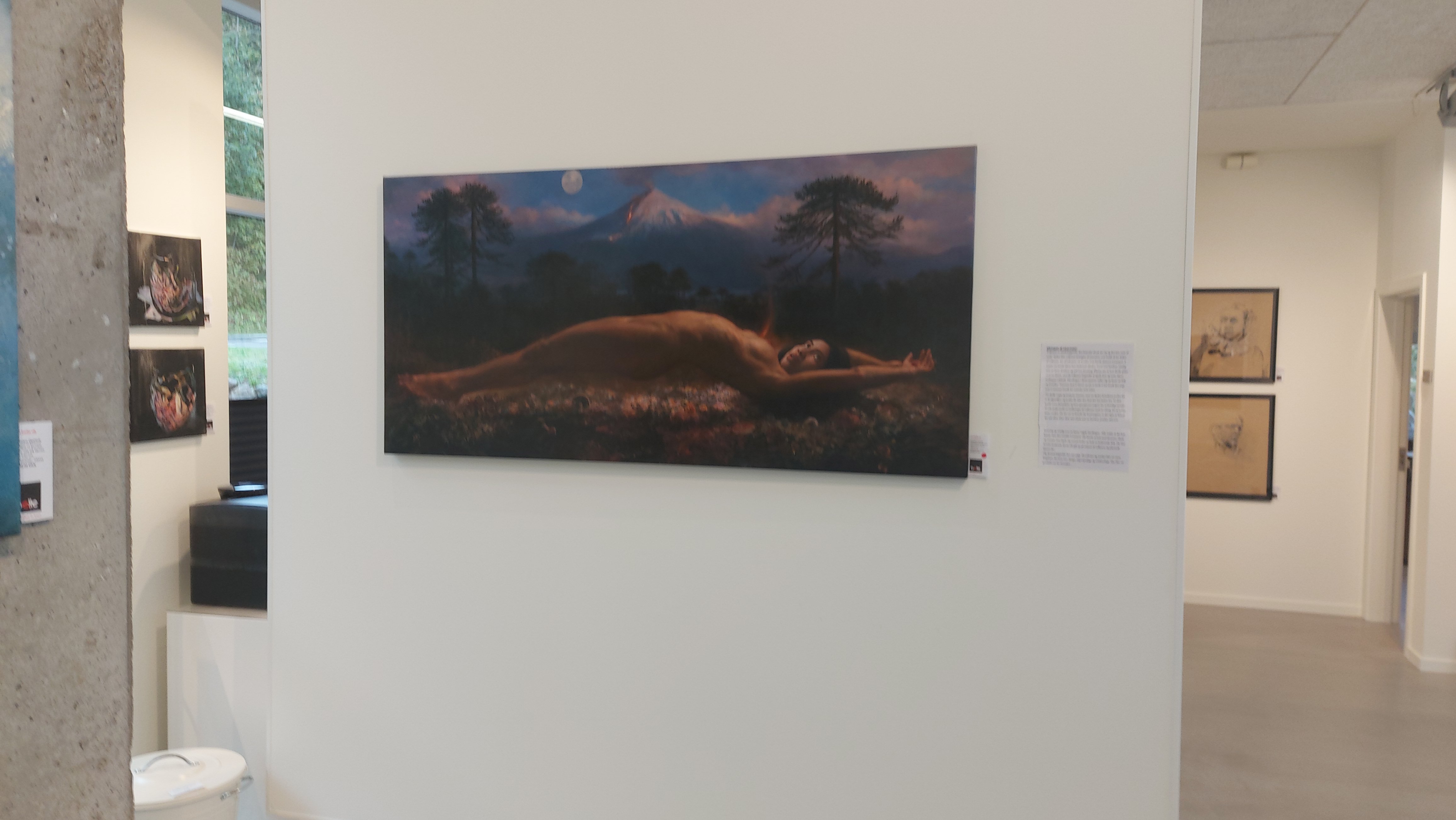 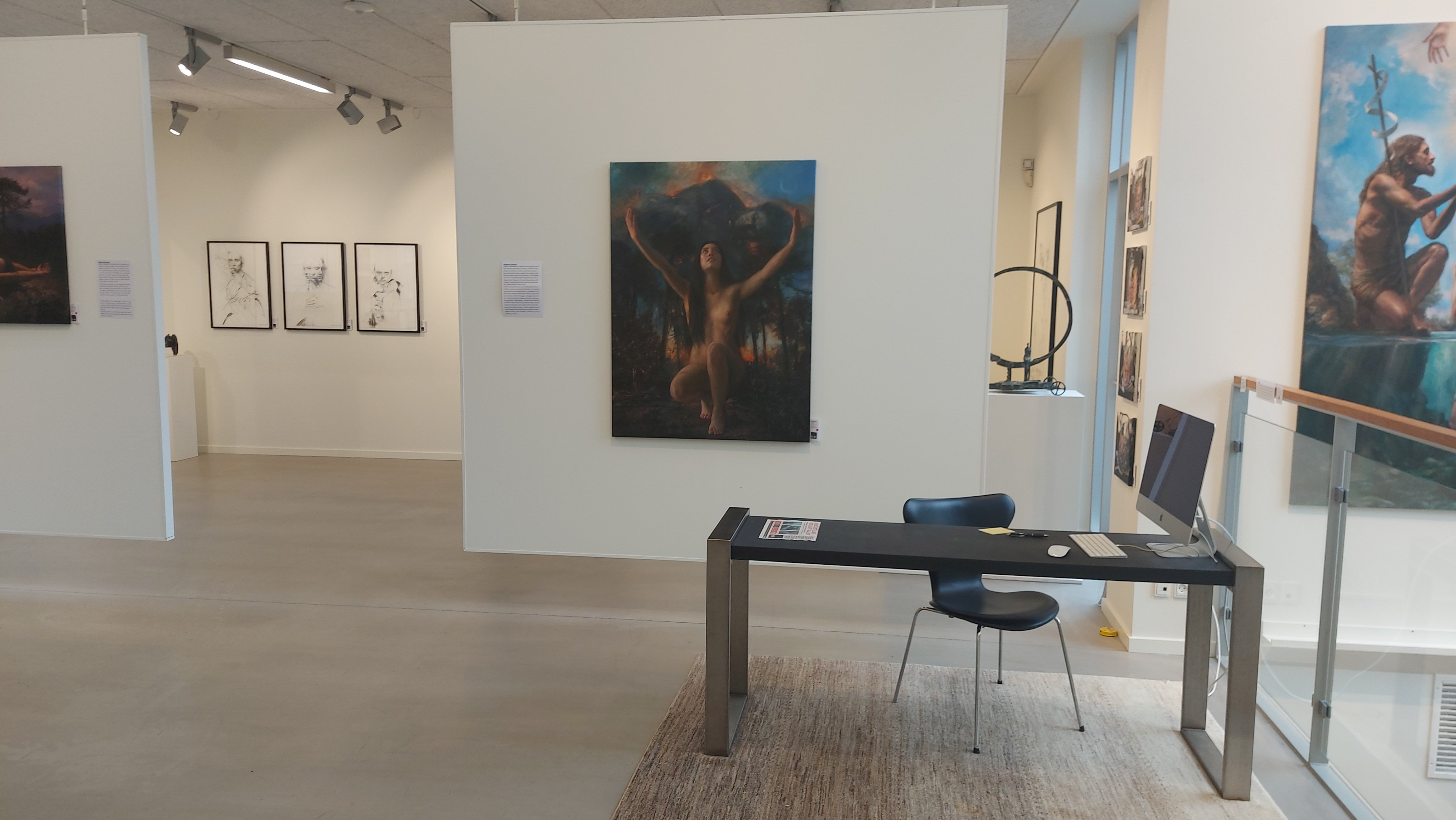 The artist presents a subtle connection of five great thematic cycles: theology, moralism, Greco-Latin mythology, Mayan and Mapuche mythology. He is always mindful of the major difficulty involved in each of them due to the grandeur and complexity they entail. This diversity is shared by the foundational aspect of humans’ history, culture and soul. Through the common metaphysical experience of the being, as humanity and its transcendental relationship with the reality that invades it overflows, exalting its natural sense of the divine to reach levels of supernaturalness essentially determined by the proximity of the theological truth of
revelation.
(“The baptism of Jesus Christ” and “ Resurrection Sunday and Abraham’s Bosom”).
In the theology cycle, he attempts to bring the Christian Eastern and Western iconographic contributions into play, gathered and updated with a personal contemporary sensibility. The artist is aware of the difficulty involved in this challenge, and chooses the main milestones of the revelation, presented in the traditional scheme of the holy rosary, to progressively broaden and perfect the proposals while going into depth into the mystery of spirituality.
(“Mascaron de proa” and “The shipwreck”)
The moralist cycle is based on the satirical work “Ship of fools”, published in Basilea in the 15th century (in its original title in German, Das Narrenschiff; in its Latin translation, Stultifera Navis) written by Sebastian Brand. In a succession of 112 critical episodes, each accompanied by an engraving, it criticizes the vices of his time by denouncing different types of foolishness or stupidity. A reflection on the theme of evil and its foundation in human beings’ radical metaphysical freedom.
(“The rape of Europe” and “Pan and Syrinx”).
In the cycle of Greco-Latin mythology, the painter offers a re-reading of Ovid’s Metamorphoses, a brilliant poetic work in fifteen books published in 8 A.D., which narrate the history of the world from its creation to the deification of Julius Caesar, combining mythology and the history of the time with exceptional beauty and freedom.
(“Ixquic and the four owl messengers of Xibalba” and “The impregnation of Ixquic”).
In the Mayan mythological cycle, the artist seeks to represent the stories in a traditional Western styles that are depicted in the book “Popol Vuh”, also known as “The Council Book”, presumably a compilation of texts and oral stories from the 16th century created by Fray Francisco Ximénez. Much of the wisdom and many of the Mayan traditions are treasured in a compendium of aspects of great importance such as religion, astrology, mythology, customs, history and legends that tell the story of the origin of the world and civilization as well as the many phenomena that occur in nature.
(Licarayen and furious Peripillán”, “The impregnation of Trauko”, “The production of plants” and “The sacrifice of Licarayen”).
In the cycle of Mapuche mythology the artist relies on the exciting research work entitled “Trentrenfilú” by the Italian Alberto Trivero. He managed to travel and interview several southern Chilean settlers at the end of the 20th century and through sheer perseverance gathered the main cosmogonic myths that are transmitted from generation to generation. An ethnic group immortalized in the important 16th century Spanish epic poem “La Araucana” by Don Alonso de Ercilla, which will be the source of a new cycle of paintings on the formation of Chilean identity.

This exhibition consists of traditional oil paintings with added alkyd resins that provide excellent drying properties and stability to the paint layer. The colour palette is mainly based on primary and some earth colours. The backgrounds are white with primers that are usually medium coloured, sometimes cold- in bluish or greenish grays- or warm- in earth or iron oxides. The work is firmly anchored in the last 500 years of technical oil painting tradition, and includes the contribution of digital technology and photography.
For the artist it has been interesting and particularly desirable to approach these themes with a language that synthesizes and contains the great breadth of plastic and visual resources that we have been accumulating as a culture. It is the result of a lifetime study of classical works, techniques of painting, geometric and harmonic lines, with a great emphasis on the modeling of chiaroscuro. The treatment of light and composition attempts to involve the viewer and make him/her participate in the scene that appears vividly and intensely before his/her eyes.
Aware of contemporary artistic values but very respectful of the rule of personal artistic sensitivity, the painter has found it necessary and essential to approach this way of “good work” from the perspective of the traditional craftsman, as a way of keeping the taste for this noble and ancient- but always current- craft of painting alive.