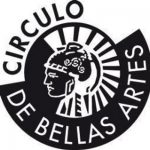 As an exhibition brand for Nongyuan Group, the “Image And Imagination”— the Chinese and foreign artists exchange exhibition has been successfully held in 40 countries, such as France, Germany, New Zealand, Hungary, Russia, Mauritius across four continents (Europe, Africa, Oceania, Asia) since its foundation in 2012. With over 100 activities like international exhibitions, forums and academic salons, it tries to offer the artists who participated in Nongyuan residency program an opportunity to go aboard and to expand their international influence. Preface:
From the perspective of artistic context, art communication has two meanings: one shares artistic language system to another through linguistic media; people conduct exchanges, exploration and cooperation in respect of artistic contents, forms, appreciation, thoughts etc. under the artistic theme. The former belongs to the “situational context” category and the latter the “cultural context” category.
If we put the“Image and Imagination”China-Europe Culture and Art Exchange Exhibition into the system of contexts and the background of times for consideration, no wonder that it is exhibiting and exploring exchanges between Chinese and European artists and their art creations,as well as the creation phenomenom of exchanges and communications. Such ways obviously contain the unity of opposites between history and reality, material and spirit, science and huminities, nature and society, thoughts and feeling, and etc.in art exchanges.
China is vast in territory and rich in natural resources.
And Sichuan Province, especially western part of it, possesses the most unique scene.

In 13th century, Marco Polo, a traveler from the west to the east said,“There is a great river across the great city, on which amounts of boats beyond the imagination of persons who have never seen or heard of such a quantity.”
Sichuan Province is approximately a watershed between the Yellow River and Yangtze River that nourish the Chinese civilization. The coincidence of majesty of North China and elegance of South China makes local’s spiritual world in both civilized and uncivilized state and their history more impressive. There are amazingly beautiful snowy Tibetan Plateau, majestically splendid mountains, freely vast wilderness and sky and simply pious locals.
The uniqueness of Sichuan could only be depicted by those who grows up here.
Where there is places much closer to the shy, there is the sacredness of belief and surrender to life.

The Oriental aesthetics in Chinese culture is a kind of ambigious “image ”and “context”full of humanistic spirits ; while the diverse thoughts, humanities and science in Western culture offer us other perspectives to see and feel arts. 9 Chinese artists and 3 Spainish artists with different expectations cherish the same hope that their artistic concepts could be expressed through this exhibition and that they can experience the cureent arts and fathom the communication beyond words.

Covering an area of 160 acres, it is a creation paradise for numerous artists. Currently. More than 200 workshops were set up by artists and art institutions.

With an area of 50 acres, it forges a culture and art complex of catering, entertainment, education, opening more than 500 exhibitions and boasting over 30 thousand pieces of collections. It is an important tourist destination for Chengdu residents.

Occupying an area of about 2000 square meters, it is a comprehensive innovation and art experience center, fusing art exhibitions and appreciation, cultural exchanges, lectures and communications, and etc.

Founded in Paris, France, Trans’ Art International, a subsidiary company of Nongyuan Group, has been in charge of Nongyuan Group—Nongyuan International Art Village’s overseas projects. Nongyuan’s International Artist Residency Program had been officially launched in 2008 and since then, has focused on strengthening exchanges and visits among artists, art institutions, designers, art students and other art lovers from different countries and regions, providing them with interactive platforms and opportunities to understand different cultural heritages. Besides, it also promotes the interactions and cooperation between artists and art institutions as well as the development of culture and art industry. Trans’ Art International has established partnerships with 12 universities and colleges in Sichuan Province to import and export art talents and offer both participators of this program and students chances to make exchanges and cooperation. As an exhibition brand for Nongyuan Group, the “Image and Imagination”— the Chinese and foreign artists exchange exhibition has been successfully held in 40 countries, since its foundation in 2012. With over 100 activities like international exhibitions, forums and academic salons, it tries to offer the artists who participated in Nongyuan residency program an opportunity to go aboard and to expand their international influence.

Alejandro DeCinti
Chilean-Italian painter. Graduated in Fine Arts in the University of Chile in 1996, settled in Spain since 2001. Distinguished with the Academic Excellence Scholarship 1991 admission process to Chilean universities. First prize in Arte en Vivo competition in 1994 and the postgraduate scholarship Fundación Arte y Autores Contemporáneos in 2002. Founder of the art project DeCinti Villalón in 2004 in Madrid, together with the Chilean-Spanish artist Oscar Villalón. Since 2009 he has been a collaborator and promoter of the Ramírez Máro Institute artistic project together with the German artists Rafael Ramírez Máro and Antonio Máro.

Antonio DeCinti
Chilean-Italian painter. Superior Technician of Plastic Arts and Design in Sculptural Techniques in 2018. Professor of DeCinti Villaón Painting Academy in Madrid. Born in Santiago de Chile and lives in Spain since 2002, has grown up around workshops and artists. Has had outstanding television appearances and made both individual and collective national and international exhibitions

Oscar Villalón Rios
Chilean-Spanish painter, Bachelor of Fine Arts from the University of Chile, settled since 2001 in Madrid, Spain. His works are acquired by different institutions, private and public collections in the European Union, the United States and South America, is part of the movement called New Spanish Realism.
In 2003, together with the Chilean-Italian artist Alejandro Decinti, they founded Decinti & Villalón, an artistic project and in 2006 they created the ArteDV, the Academy of Painting in Madrid, an avant-garde school in the techniques and procedures of realistic painting, developing an intense diffusion activity artistic and cultural. Since 2015 he is the collaborator and image consultant for Ulmacarisa Art Gallery in Madrid.

Cao Yang
Born in Chengdu, Sichuan Province in Sep.1963, he graduated from the oil painting department of Sichuan Fine Arts Institute as a Bachelor of Arts. He is the member of Sichuan Artists Association and associate professor of the fine arts college of Chengdu Normal University.

Liu Chengchuan
Born at Dazhou, Sichuan province in 1973, he majored in the engraving in Sichuan Fine Arts Institute and graduated with master’s degree. He is the professor and dean of the Academy of Arts & Design of Sichuan university of Arts and Science, member of the China Artists Association and Engraving Art Committee, vice president of Dazhou Artists’ Association, member of Art Cave 515 Committee and vice village head of Da Xiu Modern Art Village. He principally engaged in teaching, creation and research of the engraving art. He has more than 50 pieces of academic articles and artworks published in Art Observation, Hundreds Art School, Modern Literary World and etc.

Liu Xun
Born in Chengdu in 1960, he was admitted to the engraving department of Sichuan Fine Arts Institute in 1980. He was employed as stage designer after graduation in 1984. After that he has worked in Garze Tibetan Autonomous Prefecture and Ngawa Tibetan and Qiang Autonomous Prefecture as college teachers, band accompanist, member of culture centers in the country and etc. He has been the teacher of the fine arts department in School of Fine Arts and Design, Xihua University.

Long Fei
Born in Dazhou City in June 1964 as Han nationality, member of the Communist Party, he graduated from the oil painting major of Normal School Department in Sichuan Fine Arts Institute in 1987. Now he is the member of China Artists Association, director of Sichuan Artist Association, vice president of Dazhou Federation of Literature and Art Circles, president of Dazhou Artists Association, deputy dean of Bashan Art and Calligraphy Academy, deputy dean of Dazhou CPPCC Painting and Calligraphy Research Institute, distinguished professor of Academy of Arts & Design of Sichuan university of Arts and Science, the head of Daxiu Modern Art Village, creative researcher of Sichuan Artists Association Creation and Research Academy and the member of Art Cave 515 Committee.

Yang Ruihong
Born in Wenchuan Couty, Ngawa Tibetan and Qiang Autonomous Prefecture in 1963, he graduated from Sichuan Fine Arts Institute in 1989, and the college of fine arts in Southwest China Normal University with a master’s degree in 1996. Professor Yang, dean of Fine Arts school Academy of Aba Teachers College is the director of Sichuan Artists Association and chairman of Ngawa Artists Association.

Zhuang Zi
Born in Sichuan in 1968, he graduated from the Arts College of Sichuan University and studied in Professor Chen Conglin’s postgraduate course. He, associate professor at Chengdu Vocational College is the director of Sichuan Artists Association and Pen Drawing Committee of it, deputy President and Secretary of Sichuan Secondary School Art Education Institute.